The new Wayne Gretzky Estates Winery and Distillery is a 2070 square meter facility, which includes a Winery, Distillery, tasting areas, retail and hospitality areas, fermentation facility, barrel storage area and outside bar complete with a water feature in the Summer months and skating rink in the Winter months. The facility is constructed so that the Distillery and Winery are two separate buildings joined by a covered breezeway leading to the outside bar and water/rink feature.

The structure features include stone, metal, stained wood and glass finishes. Individual rooms and hallways chronicle Wayne Gretzky’s career with memorabilia and photos of defining moments such as his first goal in organized hockey. The facility also pays tribute to Wayne’s Family through photos of his Father, Brothers, Wife and Daughter along with a large mural of Wayne’s Grandparent’s farm where he would practice shooting pucks which adorns the wall of the Winery lobby.

The outdoor bar area is surrounded with views of the vineyards and a covered bridge pathway to Trius Winery next door. The large water feature with water spouts creates a perfect ambiance for a glass of wine and can also be enjoyed in the Winter as the pond is covered in ice.

Niagara on the Lake 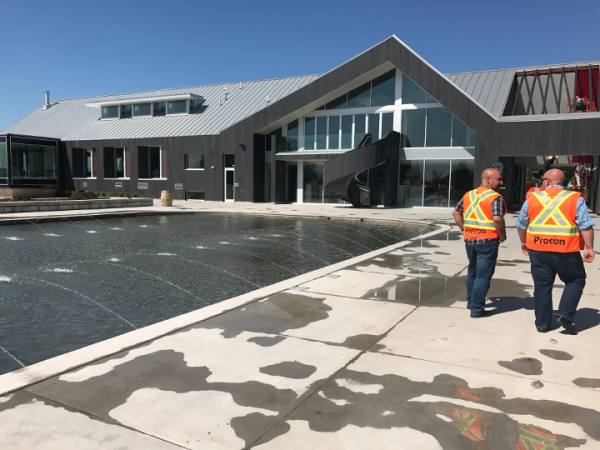 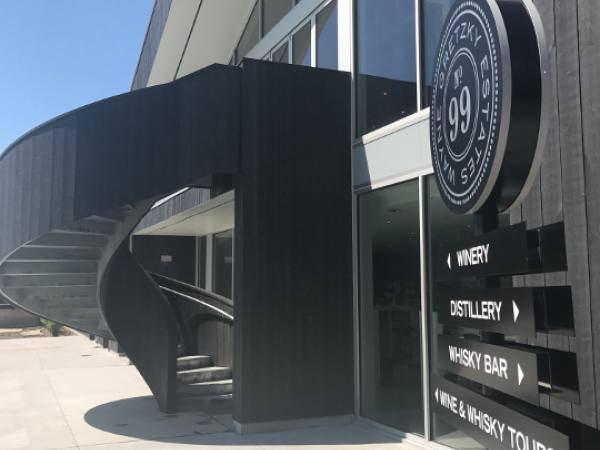 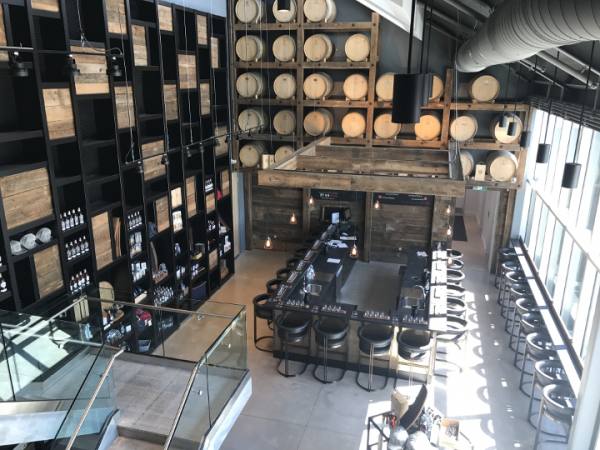 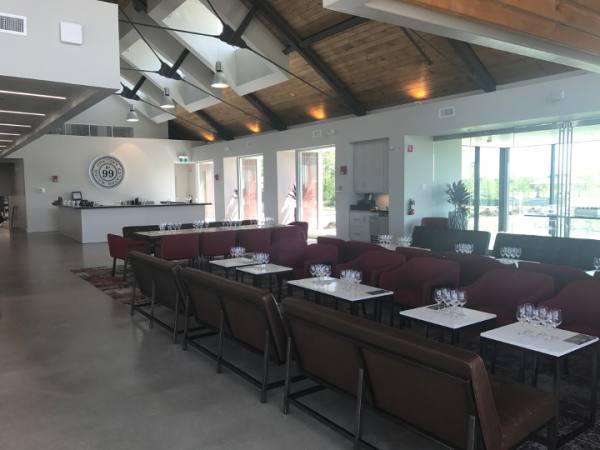 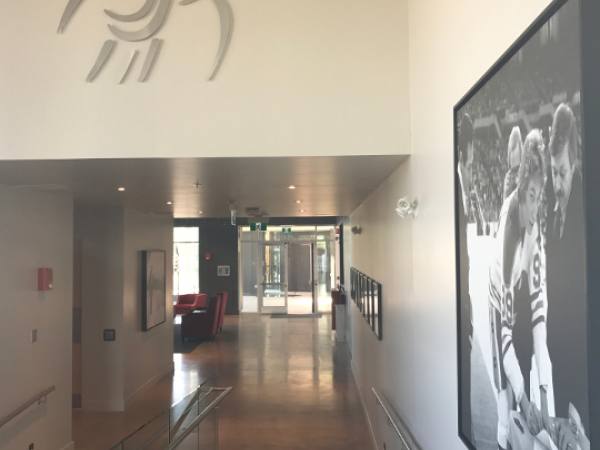